Marine Litter on the Coast of the Algarve: Main Sources and Distribution Using a Modeling Approach

The accumulation of floating marine litter poses a serious threat to the global environment and the economy all over the world, particularly of coastal municipalities that rely on tourism and recreational activities. Data of marine litter is thus crucial, but is usually limited, and can be complemented with modelling results. In this study, the operational modelling system of Algarve (SOMA) was combined with a Lagrangian particle-tracking model and blended with scarce litter monitoring data, to provide first insights into the distribution and accumulation of floating marine litter on the Algarve coast. Different meteo-oceanographic conditions, sources regions and wind drift behaviors were considered. Field data and model results show a considerable concentration of marine litter along the beaches and coastal regions. The model also suggests that oceanographic conditions and wind drift have a great influence on the transport and accumulation rate of the floating marine litter on the coast, with the highest rates of accumulation during the winter and the counter current period, concentrated mostly on the south-western coast of the Algarve. 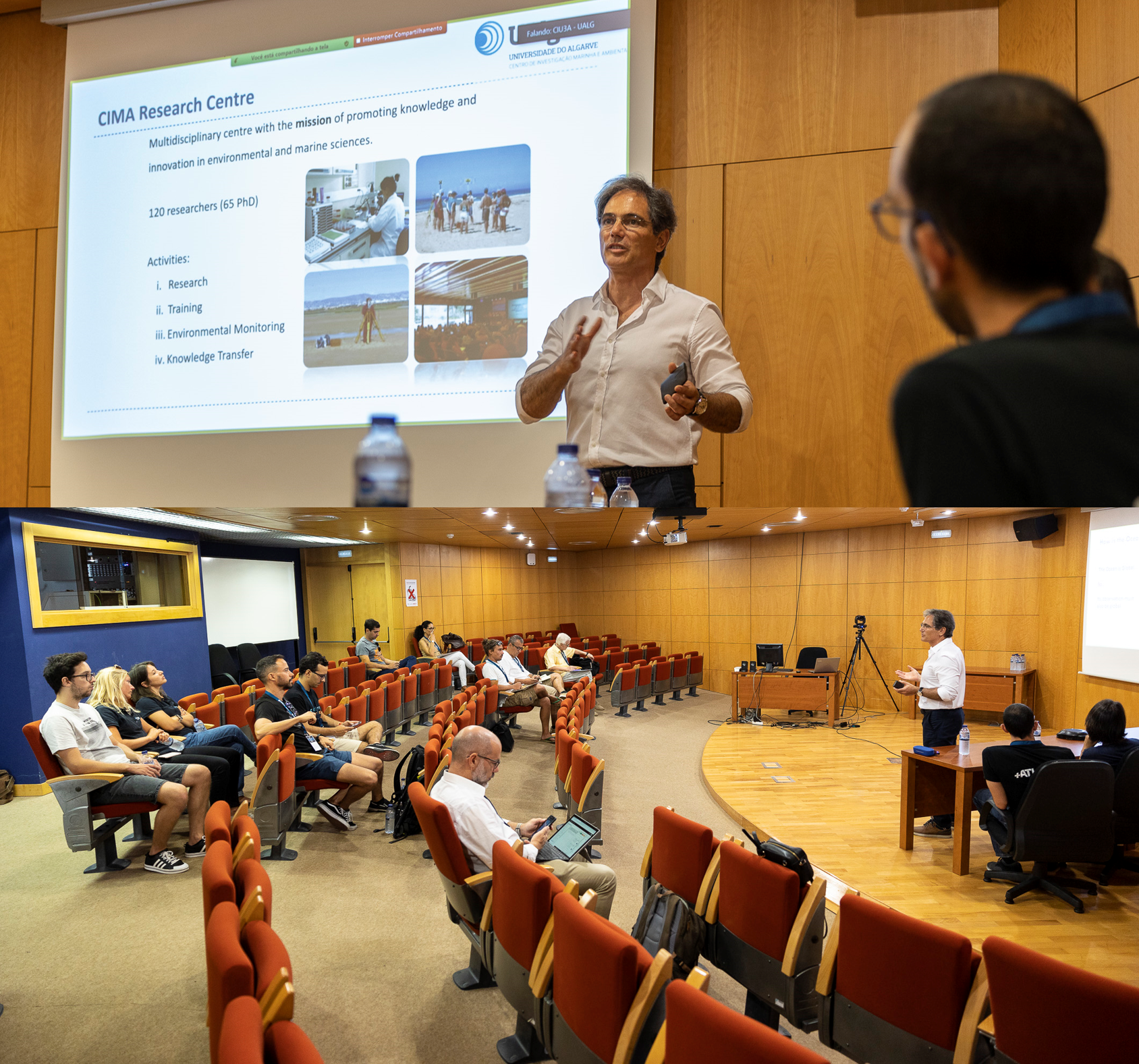 Workshop: IT SOLUTIONS FOR OCEAN CHALLENGES