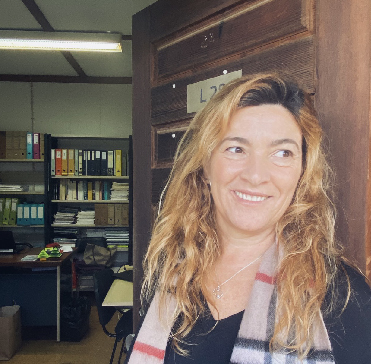 Maria Serafim graduated in Marine Biology by the University of Algarve in 1993. Since then, she never stopped working in the area of ecotoxicology and environmental chemistry, having completed the PhD degree in 2004 in Environmental Sciences and Technology - Area of Aquatic Environment.
After the PhD, M. Serafim took the first post-doc on metabolic and physiological adaptations of hydrothermal organisms naturally exposed to certain toxic compounds, whilst in her second post-doc, she started the study on the impact of contaminants on human health. In 2008, she began her career as an independent investigator, obtaining a Post Doctoral Research Position ""Science 2007"". In 2017, she completed the Integrated Master of Medicine (MIM- University of Algarve) and started the third post-doc in environment factors that may affect the risk of developing breast cancer.
Since February 2019, M. Serafim has a scientific contract as an assistant investigator at the University of Algarve, which is her main role nowadays.
During her career, M. Serafim participated in seven national and four international projects as a team member, having obtained funding for her own project as the principal investigator in 2011. Moreover, since her graduation, M. Serafim co-supervised the scientific work of 10 students in the context of Master or PhD (national and international), and she also directed five scientific works within the Masters Program in Integrated Medicine of the University of Algarve.
M. Serafim has published 62 papers in international peer review journals with over 2241 citations. Moreover, she has published 53 articles in proceedings of seminars, symposia or congresses and held 29 oral and 58 posters in national and international conferences.

Profile analysis of mothers susceptible to contaminants exposure in the Algarve region: Application of the HJ-BIPLOT method