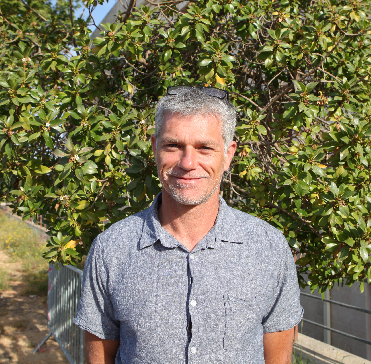 Researcher
This email address is being protected from spambots. You need JavaScript enabled to view it.

Erwan Garel is a researcher specialized in Coastal Dynamics at the Centre of Environmental and Marine Science (CIMA, University of Algarve). In 2001, he was awarded a PhD in Marine Geosciences at the European Institute for Marine Studies (IUEM, Brest, France). After 2 years (2001-2003) of teaching Geology at French Universities (Brest and Le Mans), he worked as a postdoc fellow in National and European projects at the National Oceanographic Centre, Southampton (UK, 2003-2006: environmental impacts of marine aggregates extraction), the Institute of Geosciences, Kiel University (Germany, 2006-2007: habitat mapping) and at CIMA (2007-2015; estuarine physics, coastal oceanography, environmental monitoring). From 2015 to 2020, he was contracted by the University of Algarve to develop a research program about estuarine hydrodynamics at CIMA. This contract led to his present position of Auxiliary Researcher without term at the same institution, that started in July 2020. Through his career, Erwan Garel has carried out observational studies related to seabed mapping, hydrodynamics and sediment transport in various coastal areas.

A method to estimate the longshore sediment transport at ebb-tidal deltas based on their volumetric growth: application to the Guadiana (Spain-Portugal border)