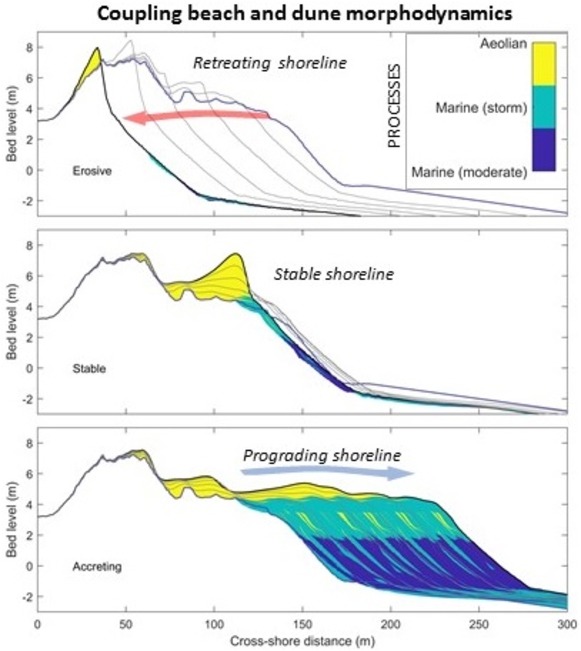 A new dune profile model, Duna, is developed and coupled with the existing XBeach model, in which some key improvements allow a much better behaviour of the intertidal beach and the inclusion of structural erosion or accretion through a longshore transport gradient. The model is shown to represent typical behaviour of a beach-dune system in Praia de Faro, Portugal and to be able to simulate processes on a decadal timescale. The model captures a balance between longshore gradients and cross-shore processes in the surf zone, competing effects of moderate conditions and storms in the intertidal area and between build-up by storm waves and aeolian transport on the berm. Vegetation behaviour is shown to play a key role in the development of the shape of the foredunes. The relation between progradation or recession rate and foredune height as often reported in literature is reproduced and explained.

Fate and Effects of Cytostatic Pharmaceuticals in the Marine Environment

CIMA received candidates for the MSc Water and Coastal Management. This...

Gilda Lopes, a researcher at CIMA, just presented in an...

In these challenging times of the COVID-19 pandemic, we are reminded...

Potential Ecotoxicological Risks of Nanopharmaceuticals in the Aquatic Environment