In 1972-74, jetties were built to improve navigability at the mouth of the Guadiana Estuary. In response, the broad historical delta has collapsed and a new ebb delta has formed off the mouth. CIMA is monitoring the morphological evolution of this feature based on bathymetric data which have been collected yearly since 2014. 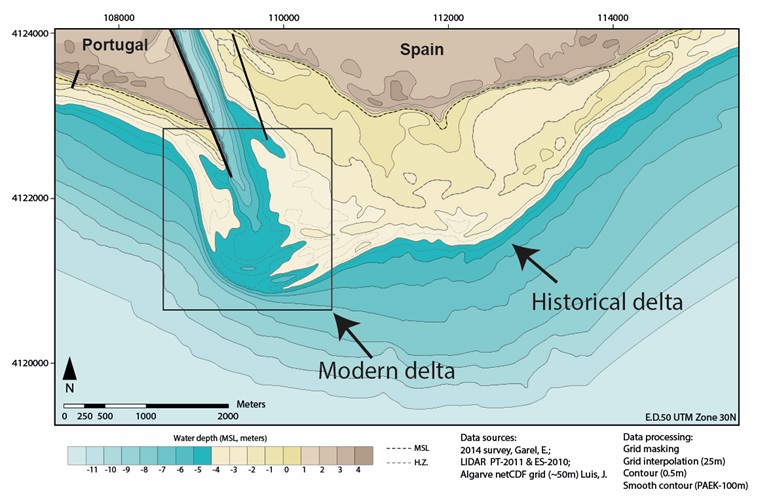 For more information and data access, please contact: Dr. Erwan Garel (This email address is being protected from spambots. You need JavaScript enabled to view it.).