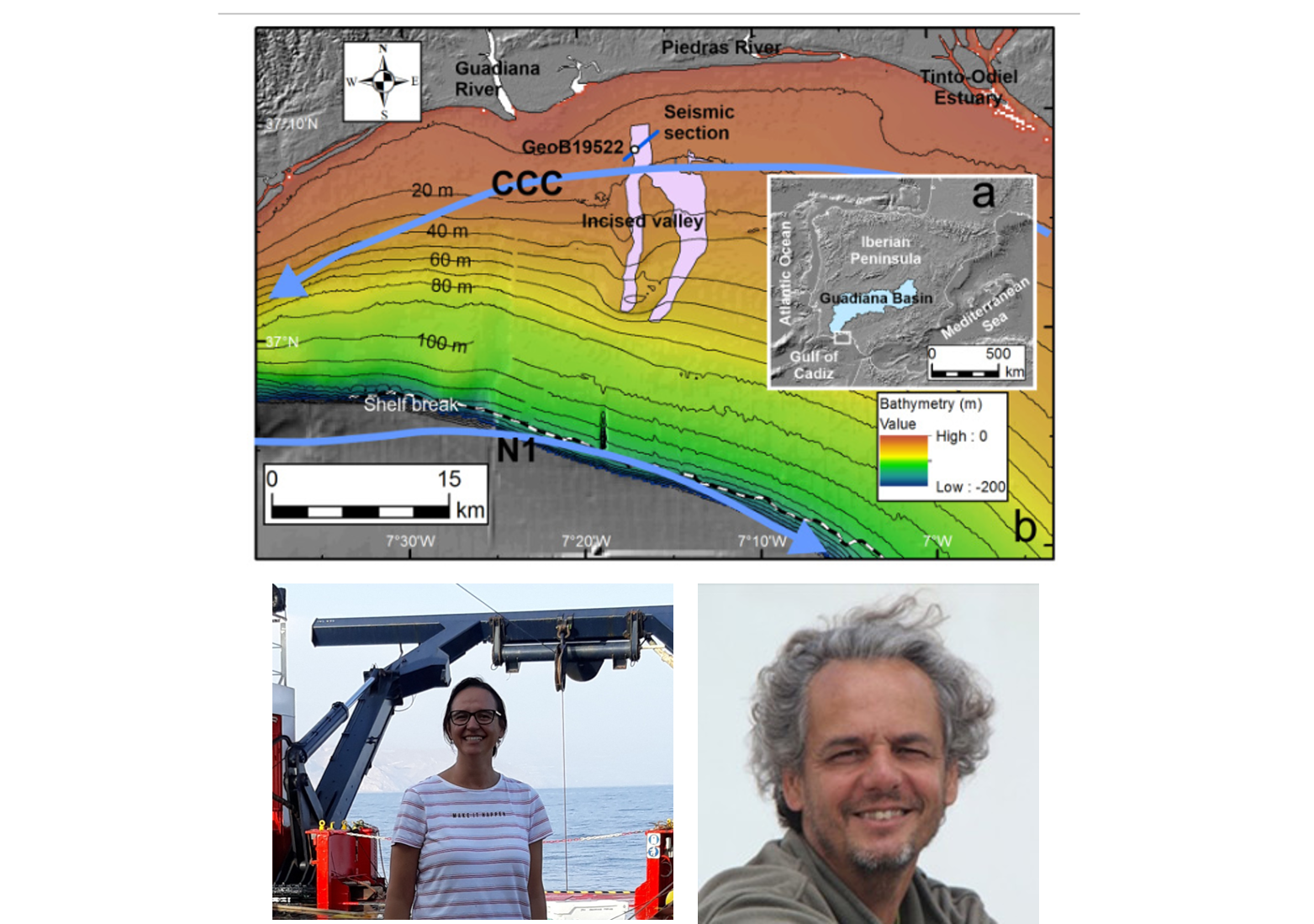 in collaboration with researchers from IACT/CSIC, Coastal Carolina University, GEOMAR and IGME, just published an article in Palaeogeography, Palaeoclimatology, Palaeoecology.

The article investigates the temporal variability of flooding events of the Guadiana River during the middle to late Holocene, in the drowned paleo-valley of the Guadiana River, on the adjacent northern Gulf of Cadiz shelf. Two major depositional environments were distinguished, driven by the variable frequency of fluvial flooding events due to regional climate variability. Low terrigenous sediment input occurred under dry conditions in the middle to late Holocene (ca. 5800–1250 cal yr BP). Flood frequency and terrigenous sediment supply increased during the last ca. 1250 cal yr BP. During the last ca. 500 years the sediment supply was influenced by the North Atlantic Oscillation, with high terrigenous supply during negative NAO conditions. Our results corroborate an N-S gradient along the Atlantic Iberia during middle and late Holocene, with more humid conditions in the northwestern and drier conditions towards the southeast. The gradient weakened over the past ca. 500 years, with increased rainfalls and flood events during the Little Ice Age.

Professor Maria João Bebianno participated in the United Nations, as...

The World Ocean day is a big celebration, however, this...

ENLACE is a research project aiming at developing solutions to help...

Contribution of the CIMA research projects to the United Nation…

Does vegetation reduce the magnitude of dune erosion induced by…

Sandy beaches around the world under threat from climate change

Theocharis Plomaritisis is a CIMA researcher that belongs to the...

A method to estimate the longshore sediment transport at ebb‐tidal…

This study proposes a new method to estimate the rate...

Fate and Effects of Cytostatic Pharmaceuticals in the Marine Environment

1st Intermunicipal Congress of the Association Terras do Infante

The 1st Intermunicipal Congress of the Association Terras do Infante...

The Geology of Iberia: A Geodynamic Approach

Last week at the European Association of Remote Sensing Companies...